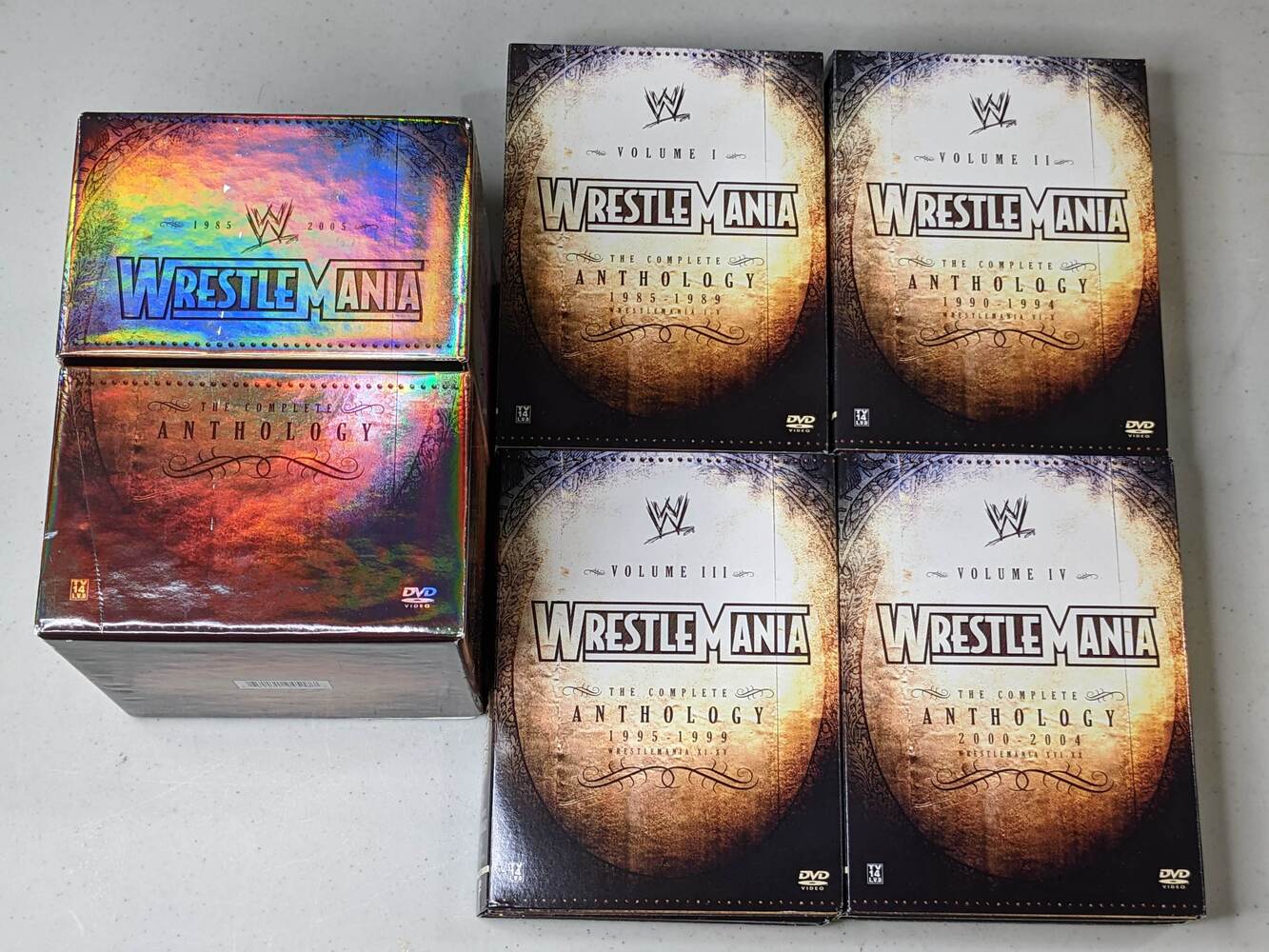 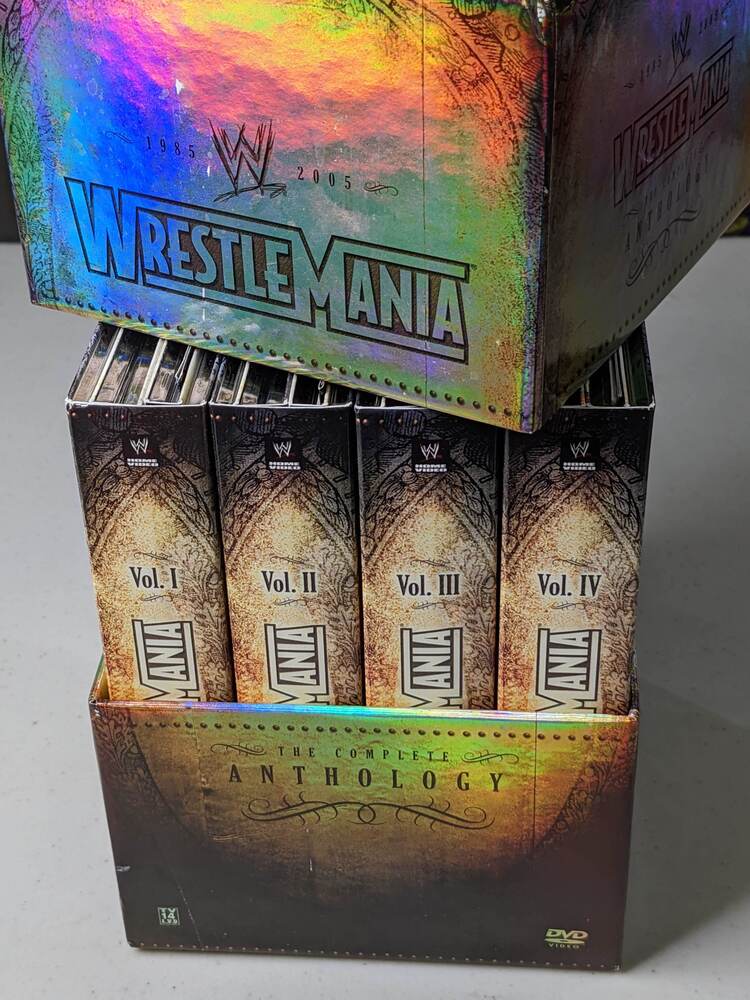 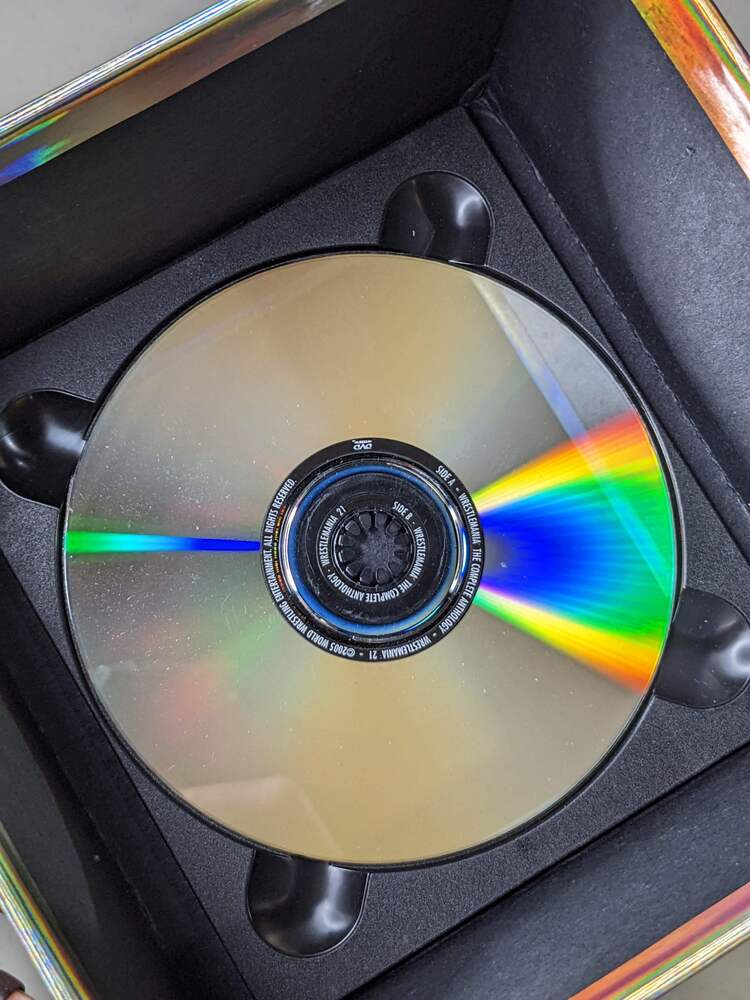 All discs are in near perfect condition with zero marks or scratches. Comes in original box. There is some very minimal signs of wear due to storage.

Go back to the beginning of WrestleMania?s long, illustrious history and see where the phenomenon began. Watch as Hall of Famers Hulk Hogan, Roddy Piper, Paul Orndorff and TV megastar Mr. T all tangle in the Main Event of the very first WrestleMania. See WWE Superstars take on the greats of the NFL in a unique Battle Royal at WrestleMania 2. Witness the legendary encounter between Hogan and Andre the Giant before 93,173 at WrestleMania III. Relive the 16-man WWE Championship tournament from WrestleMania IV. Experience the explosion of the MegaPowers at WrestleMania V. These classic moments and more can be found in WrestleMania?s first five years.