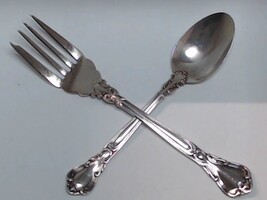 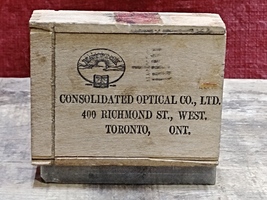 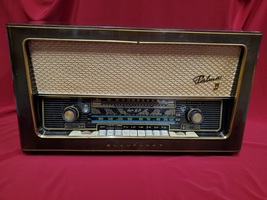 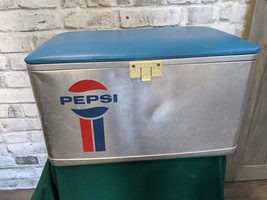 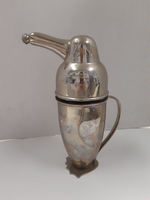 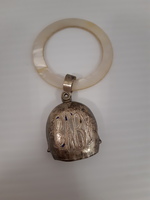 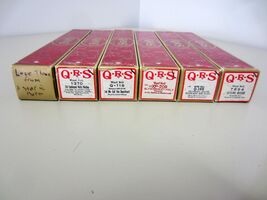 Kryptok developed  a new form of bifocal lens to great acclaim 120 years ago. The Kryptok len's bifocal side was machine finished at their factory - controlling output and consistancy resulting in a surface more stable and difficult to improve upon.

This vintage wooden dovetail mailer box is in good used condition with marking, minor damage to the top's slider groove, tearing/missing piece to the Consolidated Optical label and wear /damage to the two cent stamps.

Unit does power on, but needs repairs to function completely.  This is a project piece for someone with some time and love to spare for a beautiful piece of Audio History!

ITEM IS USED, BUT IN GOOD SHAPE FOR ITS AGE

Until the late 19'th century babies feeding equipment was difficult to clean and therefore very unhygienic. In 1894 the first 'banana' shaped feeder, the Allenburys' feeder, appeared on the market. It was made by the partnership of Allen and Hanburys and was marketed as being 'most easily cleansed'. It quickly became popular. Other companies soon followed the example. The bottle shown here is the Hygienic feeder. The bottle is made out of clear molded glass and has a flat base to keep it stable on a surface. It is boat shaped and fits neatly into one hand, allowing the other hand to support the baby. At one end of the bottle there is a hole for pouring in the feeding mixture. To prevent it from pouring out, a metal cap is put on after filling. At the other end a similar hole, covered by a rubber teat, lets the baby suck out the feed. The baby needs a teat to regulate the flow of liquid into its mouth, so it doesn't drink too fast and choke.

The words Hygienic Feeder are mounded onto the top of the bottle. This brand name emphasizes the growing awareness of hygiene and cleanliness. This design of baby's bottle proved so popular that it sold well into the 1950's.

Vintage Cronstroms Pepsi Ice Chest. With padded seat, bottle openers in the handles and side drain.  This is a vintage ice chest and does show wear from normal use.  Please see pictures.

The fork and spoon in this listing are in nice condition. They are both stamped "Birks" "sterling".

Antique baby rattle. Baby carved into the front of the silver rattle. Possible sterling silver plate with mother of pearl handle. No way of testing if its sterling.